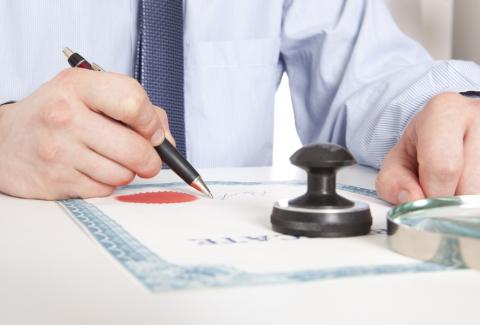 Certified translation concerns legal and statutory documents; it is intended for government authorities and calls for tenders, and may be necessary for obtaining visas or for other steps; when establishing a presence in foreign markets for example.

The certified translator is an individual registered on a list of legal experts established by a special commission which sits, usually once a year, in the French Courts of Appeal. The sworn translator is registered on the CEDESA list drawn up by the Public Prosecutor of each High Court.

No one can claim to be a sworn translator unless he or she is appointed to this position by the Commission of the Court of Appeal or by the Public Prosecutor. This translator, who is particularly qualified in the legal field, has been officially sworn in and his or her certification has been authorised in the French courts and other authorities.

The Alphatrad France translation agency works with many official translators and our organisation and working methods mean that certification in the main languages does not lead to delays.

We translate and certify your official documents, such as:

To respond to a call for tenders or to perform an administrative procedure intended for a foreign country, certain certifications must be carried out. Even if the translation is carried out by a sworn translator from the country or according to the standards of the country of destination, it is necessary to have the translation legalised by a Chamber of Commerce, by the Ministry of Foreign Affairs or by a consulate, and sometimes even to affix an apostille certificate according to the Hague Convention.

Thanks to its subsidiaries in many countries, Alphatrad France can have translations certified locally by official translators. This way, the translations will be directly accepted without going through tedious administrative procedures. Please specify on your request the country of destination of the document, so that the translation can be carried out by a local certified translator at a lower cost.

To receive your quote within a few hours, please fill out the form below.